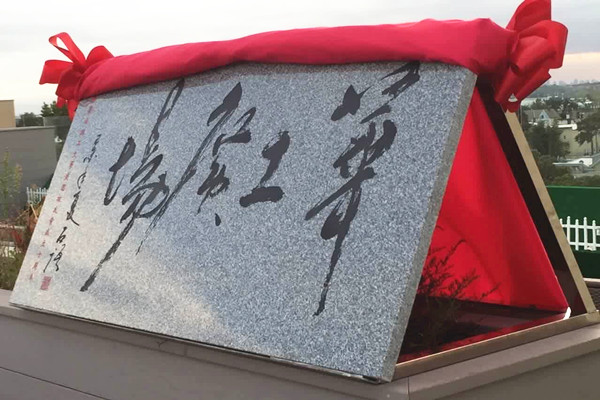 SCUT Square unveiled in New York during the Mid-autumn Festival
On September 27th, as well as the Chinese Mid-autumn Festival, the 10th anniversary celebration of South China University of Technology Alumni Association USA (SCUT AAU) was held in New York.
At the same time, the opening ceremony of SCUT Square was also held. The square is a multi-purpose building located on Street 127, Road 20 in Queens, New York City.
Over 200 alumni and their family members attended the celebration. Tasting mooncakes and red wine, they spent a traditional night with American flavor in it.
Recalling the old days at SCUT, the alumni told their stories with yearning and full gratitude to their alma mater.
SCUT AAU President Joe Zhou expects SCUT Square to be the “second home” for the alumni in US. Even Though many of them have already settled down in the country, they still need this place to connect with each other.
According to board member Jerry Yang, SCUT AAU was established in New York in 1995. Up till now, nearly 2000 SCUT alumni in US have registered in the association. Most of them are entrepreneurs and technical professionals, who have made great accomplishments in various fields.
Chinese version by Alumni Association of SCUT
Translated by Xu Peimu and Xu Fang
From the SCUT News Network