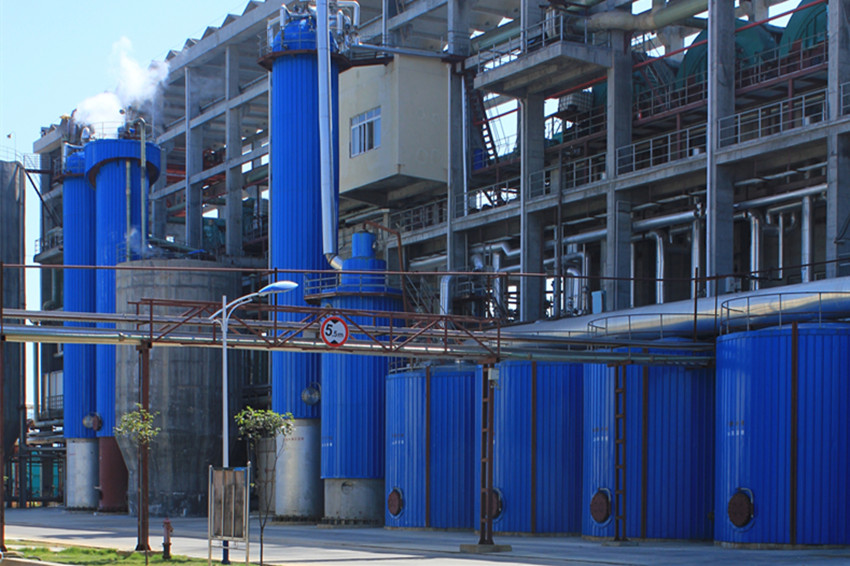 The Xi River is a major source of drinking water to supply Guangzhou and the Pearl River Delta. It is essential to ensure the water quality in its upper reaches, where a new set of techniques developed by scientists of SCUT has been applied in pulp and paper enterprises to effectively curb water pollution.

The patented technology, which elaborates a method of completely chlorine-free bleaching in pulp production lines, with a capacity of processing over 50,000 tons per year, was developed by a research team led by Professor Chen Kefu, a Member of the Chinese Academy of Engineering.

By avoiding producing Adsorbable Organic Halides (AOX), the method greatly reduced the amount and hazard level of waste water emission during pulping. The waste water, after processed by common disposal measures, is able to meet the latest national environmental standards.

This scientific achievement puts China in a global leading position in pulp bleaching technologies, providing a solid technical support to the nation's endeavor in controlling environmental pollution caused by pulp and paper industries.

According to the research team, the intention of developing the technology was based on the particular reality of China and its need.

Some countries in Europe and North America that have well-developed paper industries are also in possession of rich forest resources that can ensure sufficient wood raw material supply. That's why for a long time these countries seldom conduct research on bleaching technology for non-wood pulp processing.

China, however, is suffering from shortages in forest resources, while many of its paper industries can only use non-wood raw materials, such as wheat straw, reed, bagasse, or bamboo, which may cause severe pollution during the production processed by traditional techniques.

Since the late 1990s, Chen Kefu and his teammates have been giving unremitting efforts to change this situation. The research received strong supports from the State Key Laboratory of Pulp and Paper Engineering at SCUT, which provided the project with high-level research staff, technologies and facilitates.

After a long period of studies, the team finally acquired a set of clean bleaching techniques for non-wood pulp processing. Non-wood raw materials, once worthless in foreign enterprises' eyes, now turn into high quality products in these scientists' hands.

As members of the research team was looking for industrial entities to transfer the patent, they saw an article on Yangcheng Evening News, a Guangzhou local newspaper, about water pollution control in the Pearl River, which is an extensive river system containing the Xi River as one of its major branches.

They then realized that many bagasse pulp and paper enterprises in Guangxi province were discharging waste water into tributaries of the Xi River, resulting in serious water pollution in the whole basin.

The team started to consider if they could promote applications of their patent in Guangxi province. The pollution of waste water would be contained from the source, and thus it can help a lot to improve the water quality of the Pearl River.

Soon afterwards, the technology was promoted as a demonstration project in other factories of Guangxi province, playing a key role in water pollution control and water quality improvement in the upper reaches of the Xi River.

Except for Guangxi province, the state-of-the-art technology has been widely promoted and applied in other regions of China like Xinjiang province, Henan province, as well as places in Northeast China.

Since first introduced in Bo Guan, it has attracted visits from many other pulp enterprises that expressed interests in applying the patent in their own factories. To satisfy their needs, the SCUT team provided technical assistances without reservation.

"Technology is something that requires us to promote it", a team member said. "Our expectation is more bagasse pulp enterprises in Guangxi province will be able to make good use of this research result, thus the water quality of the Xi River shall get improved."