The Black Brick Fort: a wonderful scene of history and nature 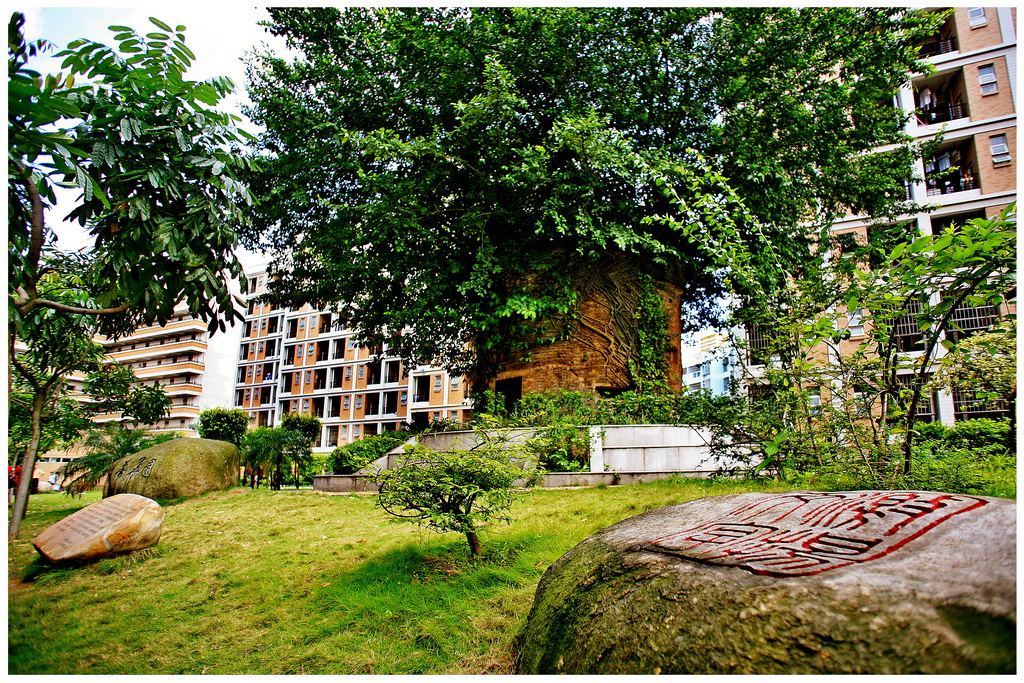 According to a poem written in 1934 by Zou Lu, a renowned politician and educationist of the Republic of China, the Black Brick Fort at Shipai Campus (present SCUT's Wushan Campus) was constructed during the late Qing Dynasty by Liu Yongfu, a Chinese General who was eminent for his victories against the French invasions in 1870s and 1880s.
As the footnote of Zou’s poem recorded: “during the Sino-France War, General Liu repeatedly defeated the French Army. His troops used to station at the area of what we call Shipai Campus today, where relics of a few fortresses still remain.”
The above-mentioned “troops” should refer to the four battalions of the Black Flag Army quartered in Guangzhou. They were grouped by the Qing Dynasty in 1897 and was commanded by Liu Yongfu.
The Black Brick Fort, which can now be found on Helan Hill in the North Zone of SCUT's Wushan Campus, is a cylindrical blockhouse at 5.5 meters diameter and 5 meters high. Today, we can still see the original late Qing architectural style through its brief structure, as the cement on gun-ports and the red bricks sporadically scattered on the wall were added by later renovations.
In 2000, when the university was building new student dormitories on Helan Hill, the fort, after standing sentry on the ridge for over a century, was seen surrounded by the roots of an old banyan tree, with the tree’s luxuriant branches and leaves masking the top and the upper part of the brick wall.
The relic, along with the vegetation around it, was considered a perfect exhibition to demonstrate the power of history and nature. During the construction of the dormitories, the whole site was preserved and then renovated. A stone tablet bearing texts curved on it documenting the fort’s history was placed nearby, as the whole site was designed and built as a small park, named Chunhua Garden.
Today, locating among a few student dormitory buildings, Chunhua Garden is a particular site for the young people to admire history and nature, as it also reminds them about the tradition they have inherited from this land. The fort is a cultural sign that tells the ancient spirit of endurance and patriotism to the students, encouraging them to learn and to repay the society.
Photo by Xu Yonghua
Text by Xu Peimu
From the SCUT News Network