National Engineering Research Center of Novel Equipment for Polymer Processing (the “Center”) was founded in 1998 with the approval of the former State Planning Commission. In 2010, the Center’s innovation ability construction project was incorporated by NDRC into National High Technology Industry Development Plan. In 2012, the Center was commended by NDRC and granted “Great Achievement Award of National Engineering Research Center”.

The Center’s Research Institute of Advanced Manufacturing of Polymer Products in Guangzhou Science City
Led by Professor QuJinping, an academician of Chinese Academy of Engineering, the Center proposed and developedthe novel processing concept of vibration shear deformation and volume dynamic tensile deformation processing technology, and achieved the transformation of plastic processing from “steady state” to “dynamic state” as well as from “shear-rheology-based” to “tension-rheology-based”. Such efforts brought several impressive results characterized by both originality and practicability. The Center also developed a series of new technical equipment, which are widely applied in all fields of national economy and make great contribution to transformation and upgrading of manufacturing industry in China. 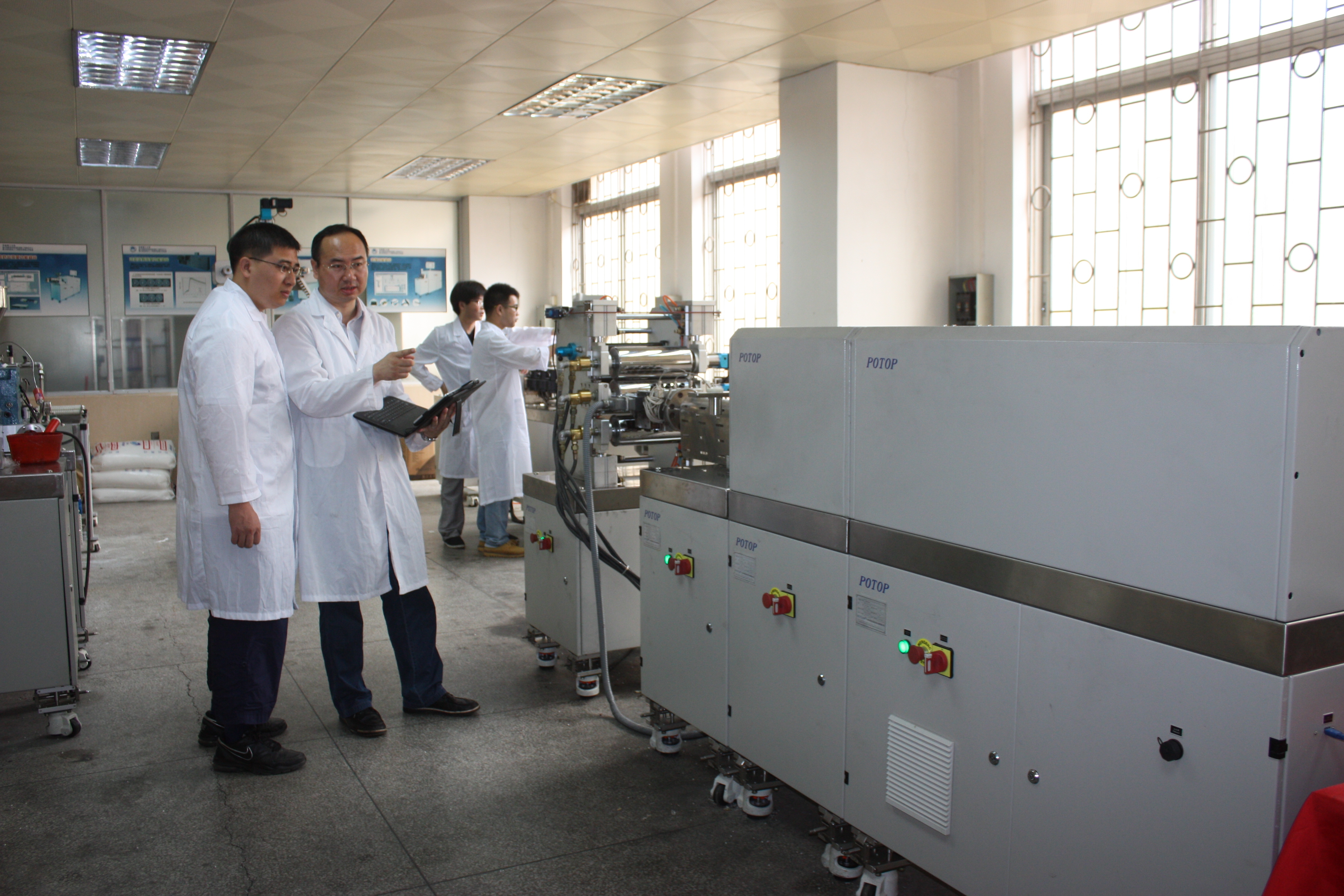 The integrated test instrument of polymer processing independently developed by the Center
The Center is targeted at meeting vital demand of China in energy, resources and environment, and focuses on the research and industrialization of eco-friendly processing technology and equipment of high polymer material. Its new technical products are manufactured and sold by multiple plastic machinery manufacturers, and applied in nearly 30 provinces (including municipalities and autonomous regions) nationwide. Some of them are exported to foreign countries. Meanwhile, traditional equipment of some plastic producers has been transformed and upgraded, thus bringing significant economic and social benefits. Relevant achievements of the Center were awarded two second prizes in National Award for Technological Invention, one second prize in National Award for Technological Progress, and two Gold Awards of Chinese Patent.