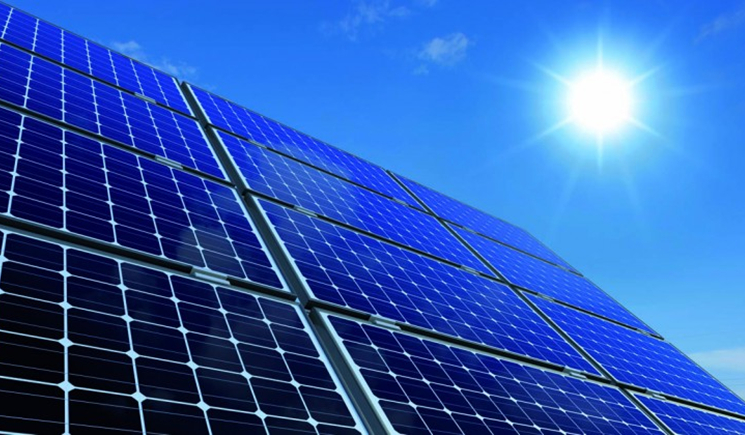 Scientists of SCUT have achieved a new record in the performance of organic, non-fullerene-based, single-junction solar cells. They were able to achieve certified 12.25 percent conversion efficiency on a surface area of one square centimeter.
The study was a collaborative effort by researchers of SCUT and their colleagues at Friedrich-Alexander Universität Erlangen Nürnberg (FAU) in Germany. The result was published in the journal Nature Energy, listing Ying Lei and Huang Fei, both at SCUT’s State Key Laboratory of Luminescent Materials and Devices, as two of the three correspondent authors.
Traditional photovoltaic solar cells are getting relatively effective at converting light to electrical power. These usually silicon-based devices already power millions of homes around the world. But they are also frustratingly rigid, which makes it difficult to incorporate them into packed, heterogeneous urban environments.
To solve the problem, researchers of the above-mentioned study has developed a flexible solar cell that recently broke an efficiency record in its category.
It’s called a solution-based organic single-junction solar cell, which means it’s made of two types of two different layers of polymer deposited on a bendable film. They were able to achieve 12.25 percent conversion efficiency on a surface area of one square centimeter, a notable step up from the previous 9.7 percent record. The group published their results in the journal Nature Energy.
Conventionally-used photovoltaic cells are still largely winning the conversion competition, with a maximum theoretical efficiency of 29 percent. But improved flexible solar cells offer a compelling trade-off: That they’re flexible means that we could one day have buildings in densely-packed cities literally wrapped in a layer of solar panels. Being able to cover much more surface area could make up for what the cells presently lack in efficiency.
Massive solar farms from China to California have revolutionized how we can make use of the incredible amount of light energy the sun beams at Earth every day. But these kinds of arrays are astronomically expensive and require vast swaths of unused land.
The flexible alternative presented by this research uses fewer materials — thus bringing down manufacturing costs — and can be implemented over existing infrastructure. Dr. Ning Li, a materials scientist at FAU, said this collaborative effort has found a formula that will likely lead flexible solar cell research moving forward.
“I think the best way to describe our work is by imagining a box of Lego bricks”, explained Li. “Our partners in China inserted and adjusted single molecular groups into the polymer structure and each of these groups influences a special characteristic that is important for the function of solar cells.”
The next step for this project is to develop a larger prototype to begin testing.
These flexible cells won’t replace reliable silicon-based cells, instead, they’ll complement them. Rural and suburban homes with more space will probably continue using highly-efficient, but rigid cells. But when future skyscrapers move imperceptibly to accommodate the wind, the solar panels of the future could some day bend along with them.
Source from Inverse and Nature Energy
Compiled by Xu Peimu
Edited by Xu Peimu and Wang Manjie
From the SCUT News Network