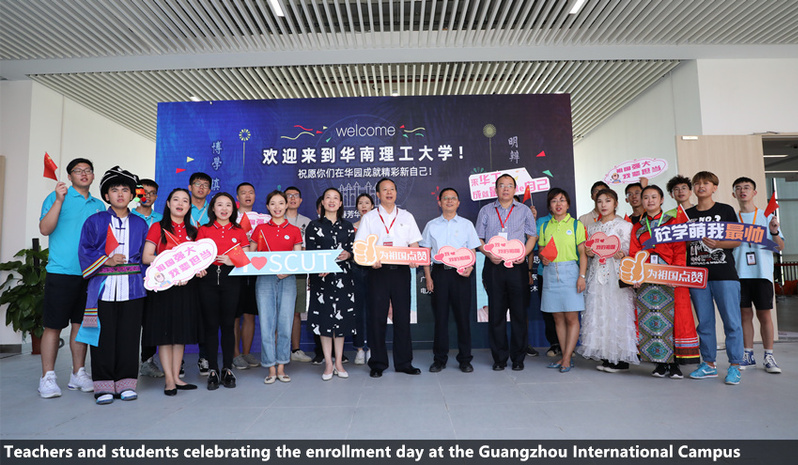 September 20, a bright autumn day, still warm but no longer scorching, with a crispness in the air. Totally 6,484 undergraduates and 6,494 graduate students registered at three campuses of SCUT, while the Guangzhou International Campus (GZIC) for the first time took fresh registrations.

It has only been two years and four months, since the agreement of building the new campus was signed in Beijing by the Ministry of Education, regional authorities, and SCUT in 2017.

2,333 students, who registered at nine schools of SCUT last Friday, now start fresh journeys in this trend-setting campus. The first stage of the construction project was launched in last August, and was finished after just a year, a fascinating progress that was referred to by the media as “Guangzhou speed”, or “Guangzhou efficiency”.

This is SCUT’s third campus, coming after the original Wushan Campus built in the 1930s, and the University Town Campus that was delivered for use in 2004.

The GZIC will take focus on cutting-edge technologies and address major demands of the country and the region, with 10 sub-schools in emerging engineering disciplines and several research institutes in its blueprint.