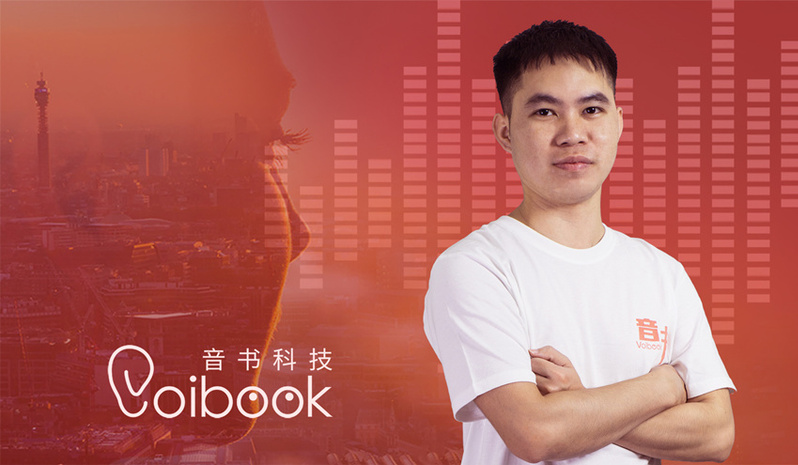 This year's edition of "30 Under 30 China" list has been released by Forbes China, highlighting the country's most accomplished young people in multiple areas. Among these young aspiring people were SCUT alumnus Chen Guoqiang, co-founder and CTO of Voibook Technology Co., Ltd.

Being graduated from SCUT with a degree in software engineering, Chen has followed the steps of several other SCUT graduates who already made their names on the "30 under 30" lists of previous editions.

The program Chen Guoqiang is now doing, Voibook, was launched by a group of young innovators committed to helping hearing-impaired people "see" sounds, with most of its members being students of SCUT.

The idea of starting the program was inspired by Chen's experience with his friend Shi Chengchuan, a hearing-impaired person who had to use handwriting on notebooks to talk to other people when he was a college student.

After getting close touch with hearing-impaired people, Chen found that the way they are communicating with the world is a quite inefficient one, besetting their daily life with high barriers, which turned out to cause serious problems especially when they are having education, seeking employment, or even socializing with others.

Being determined to tackle this issue, Chen and Shi, along with a few friends who shared a common interest, founded Voibook together.

Now thanks to artificial intelligence, this team have so far created one of China's largest platforms that aim to help hearing-impaired people. Voibook is providing a million people with a wide range of services via APPs and AI systems that facilitate daily communication, long-distance translation, video calls, or language training.

"30 Under 30 China 2019" featured 600 names, including innovators, entrepreneurs, artists and athletes, from 20 different fields. Though under 30 years old, they are considered to play leading roles in their respective fields, according to Forbes China.