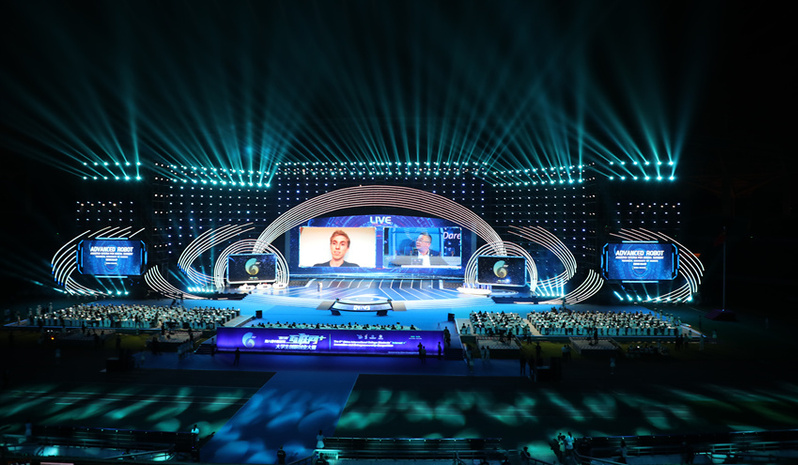 "Xing Wang Ce Tong", a project developed by the team of the Beijing Institute of Technology, was crowned the champion. The project, while being applicable to hundreds of different scenarios, aims to carry out measuring tasks using satellite internet, tremendously improving the efficiency of satellite measuring, and saving the costs by 90%.

The two runners-up projects were brought by Tsinghua University and Xiamen University. The Tsinghua team, by coordinately optimizing performance of chips and algorithms, successfully designed a type of ultra-low power AI chip for industrial IoT use cases, and thus to help solve problems in data management and migration.

The team of Xiamen University developed a type of MEMS pressure chip that can be used in various fields such as aerospace, transportation, energy resource, industry, consumption, and electronics. By utilizing the most advanced technology, it is able to detect a flow diameter of 33 mm or metal particles as small as 100μm.

Three projects came in second runners-up. "JetPack MAI", a project from the Moscow Aviation Academy, is committed to the development and manufacturing of aircraft for a variety of complex uses. By optimizing engine performance and reducing structural quality, it can be used in maintenance of wind power facilities, dangerous rescues, or technical aviation in airports.

"Advanced Robot-assisted System for Dental Surgery", a project from the Technical University of Munich, developed an AI robot designed for dental surgery in the future. This system, by working with a cloud platform that thoroughly integrates software and hardware, is a likely alternative for teeth implant surgeries that is currently troubled by complex operation, expensive cost, and lack of precision.

"E-mental Health", a project from Carnegie Mellon University, presented an emotion recognition technology that was designed based on the reality of the COVID-19 pandemic. With the help of wearable devices and data analysis conducted by artificial intelligence, the technology is able to monitor tones, expressions, and heartbeats of a person, and thus to carry out emotional assessment and follow-up intervention.

The 6th China International College Students' "Internet+" Innovation and Entrepreneurship Competition was launched in June 2020, and has drawn 6.31 million participants from China and abroad. A total number of 1.47 million projects from 4,186 colleges and universities in 117 countries and regions signed up for this year's competition.